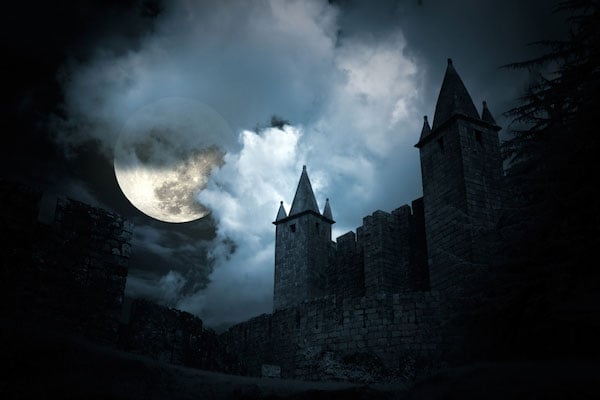 The girls looked on, eyes wide in horror as their friend walked to the mirror.

“Say it,” they urged! So she turned out the lights. Her shaking voice said it three times. Before another word could be uttered - BANG! A tremendous crash echoed in the hall followed by a blood-curdling scream!! AAAAHHHHHhhhhhh!

Misconceptions in background screening are like urban legends. No one is sure where they came from. They can be horrific while they teach you a lesson. And, they’re just plausible enough to mislead the masses… Do you dare to read?

Is that an SSN or a ghost?

They walked toward the growing cloud without hesitation. In the mist, the campers knew they saw it; they knew the SSN was there and that close behind was the Lady in the Mist. But, in a moment it was gone and the criminal records were never seen again!

Unfortunately, SSN is one of the least likely identifiers found on a criminal record. Date of Birth, Name and address are far more common. Consequently, criminal searches rely heavily on correct and full legal name and DOB.

Nicknames can identify the madman... or can't they?

As they sat in the car, a voice came over the radio saying the notorious Jonathan Smith escaped from the nearby Insane Asylum. “If he says ‘it’s Jonathan’ RUN,” the announcer says. Suddenly, the couple hears a scratching on the door. “Is that you, Jonathan Smith,” they ask... “It’s Johnny,” the stranger replies. Good, they thought, must be someone else. But it was too late!

Using a nickname to search criminal records is like asking a guy his name to see if he’s from the Insane Asylum – you’re probably not going to get good results. Nick, Jenny, Chris and Sam are not guaranteed to have the same results as Nicholas, Jennifer, Christopher and Samantha.

It's only a little background check...

The doctor had no idea why the patient heard constant scratching. “I fell asleep with candy in my mouth,” he admitted. “It was only a little so I didn’t think I needed to worry. This... unrelenting scratching... started the next day. And, OH! The headaches!” The light hit the x-ray, revealing millions of black dots. "I can't believe it," the doctor said in awe. "Ants. Ants have infested your brain." (And that's an actual urban legend!)

Big or small, required or not, all companies should background check employees and new hires:

As she drove home, she saw headlights rapidly approaching, flashing. The car’s horn honking. She struggled to remain on the road as the lights slowly faded. Suddenly the car reappeared. Closer. And louder. She pulled into her driveway followed bumper to bumper by the other driver. Desperately, she ran to her door! The driver of the other car screamed, “There’s someone in the backseat of your car! He- he- he has a dispute form!”

Compliance can sneak up when you least expect it. Even if you only screen a few applicants a year, fines, punitive damages and legal costs can put a tremendous financial strain on any business. Make sure you’re up to speed on Consent Forms, Adverse Action, and Disputes. If your applicant asks for a copy of his report, please give it to him! If he says something’s inaccurate give him a dispute form, too, so we can look into it!

The room grew cold and dark. Her rapid breath left a lingering white mist, as if verifying the temperature shift. Then, a whisper too soft to make out. “Did you say something,” she asks the empty room. She hears a footstep, then a creak behind her. She turns and screams! Standing behind her is... The Auditor! “You must produce all Forms for your ICE audit!”

The most common fine during a U.S. Immigration and Customs Enforcement audit is from errors and omissions on the Form I-9. Even something as simple as the incorrect date format can result in fines ranging from $216 to $2,156 per violation. Form I-9 ComplyTM watches your back with error checking algorithms, E-Verify integration and full compliance to USCIS requirements.

I didn’t pay attention...if only I paid attention!

There was a knock at the door. It opened to reveal a man; his appearance less than ominous despite the crash of thunder as he greeted her. “Ma’am, is this ABC Company, Inc.?” She nodded, reassured by his pale, but oddly gentle smile. “You’ve been served.” AAAAAAAHHHHHHHHHhhhhhhh!!!

Ignoring local legislation and neglecting to keep up with federal regulation puts organizations, even those with the best of intention, at risk. Furthermore, this blog isn’t legal advice. Regularly review your background screening and hiring process and address any concerns with your legal counsel to identify and rectify issues.

I hope you’ve enjoyed the Urban Legends of Background Screening.

Should you dare to learn more about these or other legends, look into a mirror, say Background Screening three times, and give us a call before it’s too late!